and New Album – Love At First Bite (The Singles Collection)

The Falling Doves, the Hollywood rock n rollers are set to return to the road this April for another round of electrifying live shows to promote their latest UK album Release, ‘Love at First Bite (The Singles Collection). The Double Vision 2022 World Tour kicked off on the 7th April in the Cote D’Azur, France and will also take in dates in the UK, Germany, Italy, the USA and Australia. 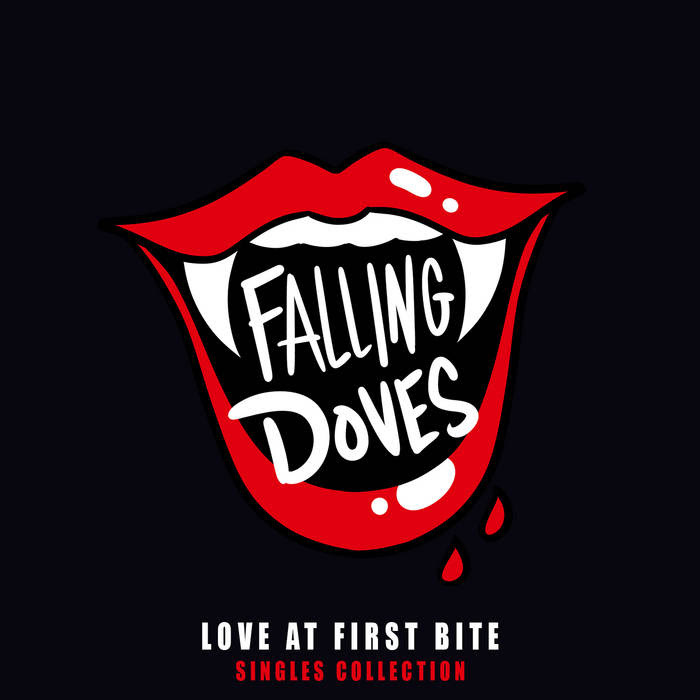 The Falling Doves are a force of electric energy with a classic glam rock feel. They’ve successfully etched out a place for themselves far beyond their hometown of Hollywood, California since forming in 2015.

Their music is a fusion of stadium rock with a garage rock familiarity, a sound that has helped them to win over the ears and hearts of fans from all over the globe.

The band have found themselves in some good company in their career to date having been personally mentored by Phil Solem (The Rembrandts), the late Scott Weiland (Stone Temple Pilots), and Pete Best (the Beatles), Past tours for the American rockers include with Echo & The Bunnymen, Peter Murphy of Bauhaus, Fastball, and with Gilby Clarke of Guns N’ Roses as well as a recent string of dates with American rock band, Cheap Trick.

Prior to the pandemic, the band’s previous scheduled tour, ‘The Electric Dove World Tour’, was set to blaze through Europe, Asia, and Latin America . Restrictions took hold however, thwarting initial plans somewhat, but the band was still able to rock out in Japan, Australia and Norway before the restrictions took effect in March 2021. Taking every precaution possible, The Falling Doves were also able to perform a handful of select dates in the U.S., U.K., Mexico, Germany, and France in the latter half of 2021.

While based in the UK at the height of the pandemic last year, however, the band took advantage of their situation and sought refuge at the legendary Abbey Road Studios, working under the direction of engineer / producer Chris Bolster with pre-production at the Motor Museum Studios in Liverpool (Oasis, The 1975, Arctic Monkeys) working on a future UK album which will simply be entitled ‘Liverpool’, echoing the band’s love for the city.

We are thrilled that The Falling Doves have now rescheduled as many missed dates as possible from their previous world tour as part of their forthcoming ‘Double Vision 2022’ tour and the band will be visiting as many countries as allowed by the easing of restrictions during the remainder of 2022.

The ‘Double Vision 2022 World Tour’ is on its way bringing an element of a stadium live concert with the rich visual texture of a music video and the bright lights of a theatre production to a town near you soon!