The first new music of 2022 from The Lathums reveals what lies in the vapour trails of their supersonic success story, with Sad Face Baby’s overwhelming emotion expressed in front man, Alex Moore’s carnal, impassioned cries from a troubled, young heart. Performed live for the first time in summer 2021 as the band scaled vast outdoor stages, bumpy online crowd videos of the song can finally stand aside for the official release as every intense note and guttural vocal leap is revealed to waiting fans.

From the deft arithmetic of Johnny Cunliffe’s bassline to the cataclysmic squall of guitarist, Scott Concepcion’s distorted ocean of sound, Sad Face Baby’s clenched-fists crescendos and misted moments of poised calm make a bed for what could be Moore’s most penetrating vocal performance yet. Lifted to new levels by Ryan Durrans’spin-sharp percussion, each dot of the puzzle connects to reveal a deep, animal expression of what it means to be lost while clinging faithfully on for signs of rescue.

Reflecting on Sad Face Baby and the last two years of the band’s lives, Moore says:

“The Lathums has been a world of opportunity for us, but things still get to you. We have had to come to understand each other more and the ways the world works around us. Naivety and innocence have been lost and ‘Sad Face Baby’ is the sharper edge of what we can do as a band.” 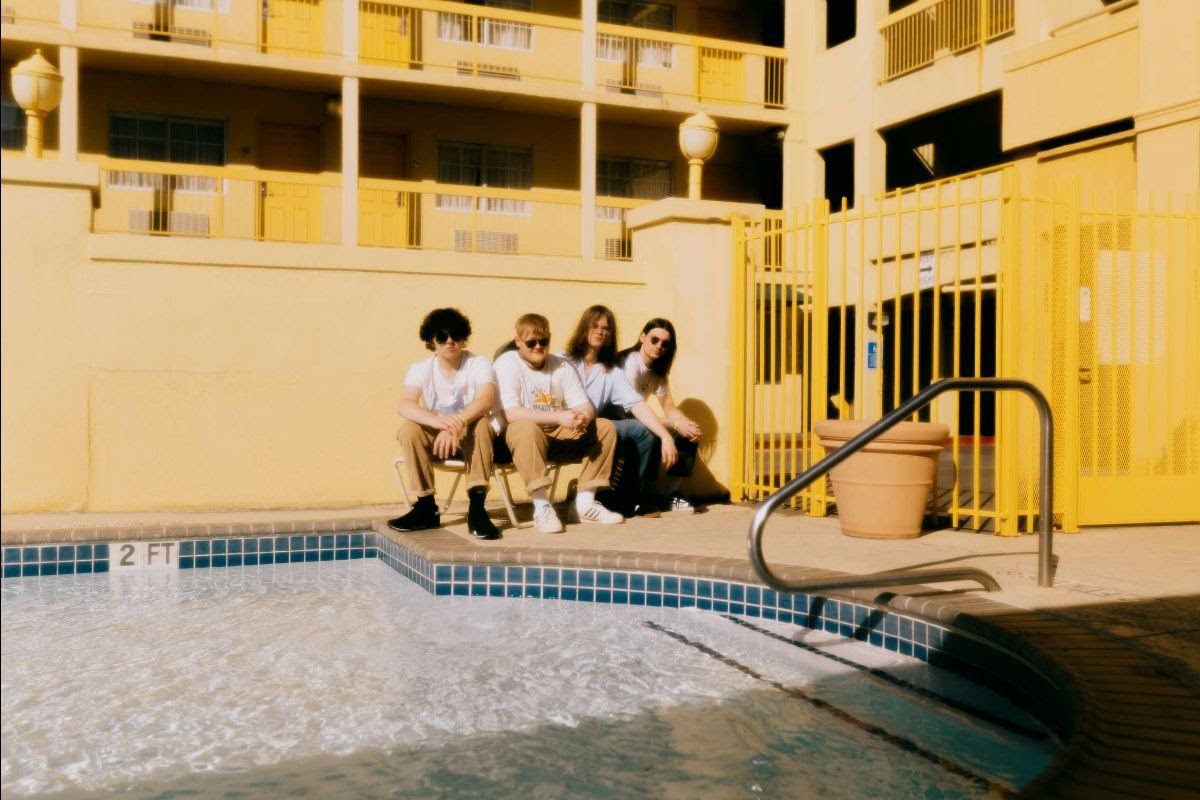 Change is inevitable and The Lathums also reveal they are sketching out Chapter Two of their incredible story by welcoming producer, Jim Abbiss (Adele, Arctic Monkeys, Bombay Bicycle Club and many more) into their fold. Sad Face Baby is the first new music to be revealed by the band since 2021’s UK Official Album Charts Number One debut album, How Beautiful Life Can Be, and the first recording to come from the first round of sessions with Abbiss.

Having completed a celebratory UK Tour in autumn 2021 that took in iconic venues including Glasgow’s Barrowland Ballroom, London’s O2 Kentish Town Forum and a SOLD OUT, 3,500-capacity O2 Victoria Warehouse in Manchester, The Lathums returned from a debut, seven-date US Tour in March to hit their next great live landmark at Blackpool’s ornate, 125-year-old Empress Ballroom at the start of April.

Looking ahead to a busy summer, as headline stages at some of the UK’s biggest festivals call their name, plus being invited to support The Killers on their European arena tour, the band counts TRNSMT, Neighbourhood, Reading and Leeds and Boardmasters amongst their notable domestic appearances. Overseas, The Lathums make their Benicàssim debut alongside major calendar dates in Belgium, Portugal, Italy, Germany and Holland. All of The Lathums currently confirmed live dates for 2022 are as follows: